Please support the mission of The Company of Fifers & Drummers by becoming a member today!

The Monumental City Ancient Fife and Drum Corps announces with sadness that fifer Gus Malstrom passed away on Wednesday, October 14, at the age of 95.

We have made the difficult decision to cancel the 2020 Jaybirds day event.

Bishop Robert Atwell, III (Bob), 67, of Middlefield passed away on September 16th, 2020 with his son and daughter at his side.

Perpetuating our Fife and Drum Tradition

The Company of Fifers & Drummers was established in 1965 to perpetuate the historical significance and folk traditions of fife and drum music and to foster the spirit of fellowship among fifers and drummers everywhere. The Organization was incorporated in the State of Connecticut as a non-stock, non-profit corporation on July 29, 1967. 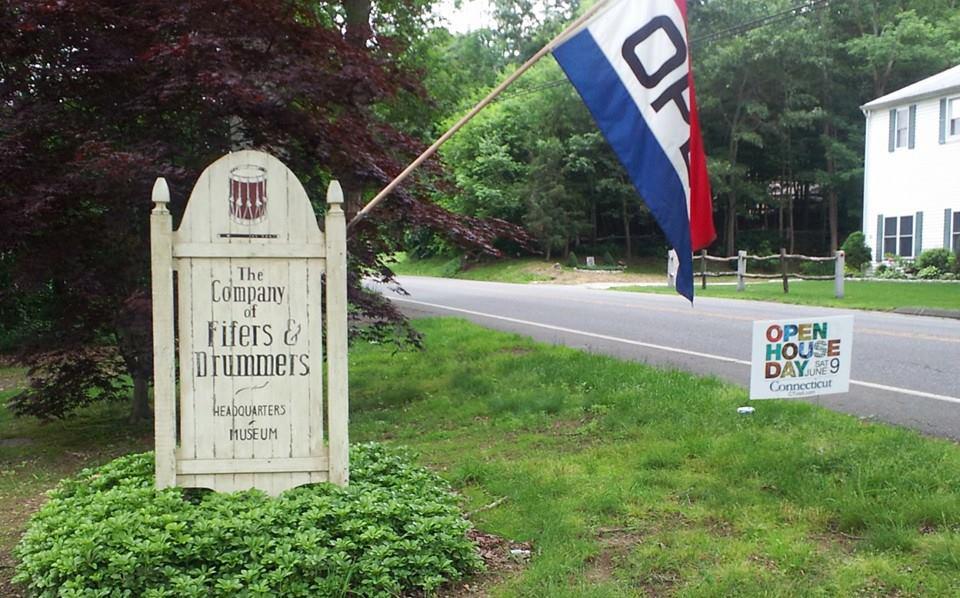 The Company of Fifers & Drummers seeks to:

Ancient fife and drum corps make up the membership of The Company of Fifers & Drummers and are distinctive for their instrumentation, style of music, and uniforms. The instruments are non-keyed, wooden fifes and rope tensioned snare drums and bass drums. The music is typically comprised of martial airs, preferably quick-steps and marches in 2/4 and 6/8 time typically accompanied by open Rudimental Drumming. The uniforms are often distinguished by the wearing of the tri-cornered hat.

The Company has extended the boundaries of the fife and drum community, known as the Ancients, far beyond New England. Their roster lists corps and individuals all across the United States and in Europe.

The Museum of Fife & Drum

The Company owns and maintains The Museum of Fife & Drum at its headquarters in Ivoryton, Connecticut which is open to the public select weekends during the summer. Here you can see many artifacts displayed, some dating back to the 18th and 19th Century.

In addition to parades, historic pageants, and concerts, the primary form of primary form of presentation for Ancient Fife and Drum Corps is the Ancient Muster. Each year there are more than 25 such public presentations which take place in various states, the majority along the eastern seaboard. The Muster itself is an afternoon-long presentation of music by the various corps, preceded by a grand parade. At the Ancient Fife and Drum Muster, as distinguished from a bugle and drum corps contest or marching band adjudications, there are no "judges, prizes, no unkind words." It is a day for musical fellowship and it is free to the general public.

Among the resources available to its members are a Music Library, Archives, Company Store, and Video Library. Various committees provide expertise and assistance to members as well as coordinating and organizing events to kindle interest in and increase public exposure to American field music.

We hope you enjoy your visit here. We invite you to tour The Museum of Fife & Drum in Ivoryton, make an appointment to conduct research in the archives, and use the resources provided online. Feel free to contact us with your questions and comments about fifing and drumming. Check us out on Facebook and Twitter!