In 1959, a Hollywood movie was made in Chester CT, starring Doris Day, Ernie Kovacs, and Jack Lemmon by the name of "It Happened to Jane" The Chester Fife and Drum Corps had a cameo appearance at the end of the movie to celebrate an event and this is the piece that was played then and still is played the same way now.

During the Chester Fife & Drum Corps 150 plus years of continuous active service, the Corps has appeared at the World’s Fair in Switzerland, had the honor of representing the United States of America as the 1st ever American Fife & Drum Corps to march and perform in the Scottish Highland Games in 1985. This honor led to a requested command performance at the residence of the Duke and Duchess of Argyle.  The Drum Corps has also marched in presidential inaugural parades and has notably raised havoc with a chandelier while performing inside the White House.

One of the unique attributes of this corps is that they are neither a Senior Corps nor a Junior Corps, but rather a Combination Corps. Some of our junior members competed in their respective fields.

That was then, this is now. The Chester Drum Corps will be hosting their 150th Celebration with a Muster at the Chester Fairgrounds on Sep 22, 2018 starting at around 12:30 following the Guilford Parade. On Friday evening we will be hosting all alumni and current Chester members at a private party on the fairgrounds. All past members are encouraged to come and celebrate, bring your fifes and drums. This muster is a by INVITE only for Corps and not an OPEN muster. The muster is open to the public and all are welcomed to come, have fun, and partake of our 150th celebration.

There will be a short parade on the fairgrounds followed by participating corps playing feature pieces on the field. A Muster meal will be provided for Corps members and alumni plus other fun stuff, vendors will also be on hand. ICRV Radio will also be participating at the Muster. More information to follow as we near the date. 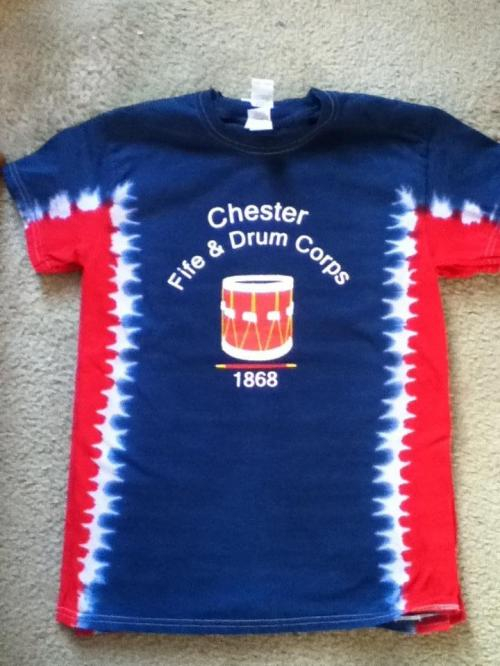 The corps is also in the process of selling our 150th Celebration t-shirts and are available from all corps members. See Chester Facebook or talk to any of our members.