There are few commitments that we make outside our immediate families that last 20 years, yet Charlie Terzi is now in his 20th year serving the fife and drum community. Each Monday night since 1998 Charlie has moderated the Fife & Drum Music Chat, an online chat group about fifing and drumming. The chat has brought diverse members of our community together, broken down barriers, and connected people.

Charlie is extremely humble about his contributions to our community. Given this auspicious anniversary we felt it was appropriate to share a little more about the man behind the Chat.

Charlie’s interest in fifing and drumming began when he was a small boy growing up in Baltimore, MD. He recalls hearing St. Leo’s Fife & Drum Corps from afar when they paraded through his neighborhood and grabbing pots and pans so that he could go outside and play along. When he was enrolled in St. Leo’s school, Charlie began learning the art of rudimental drumming at age six. His teacher was none other than Charles “Buck” Soistman, famed drum maker, musician, and instructor! 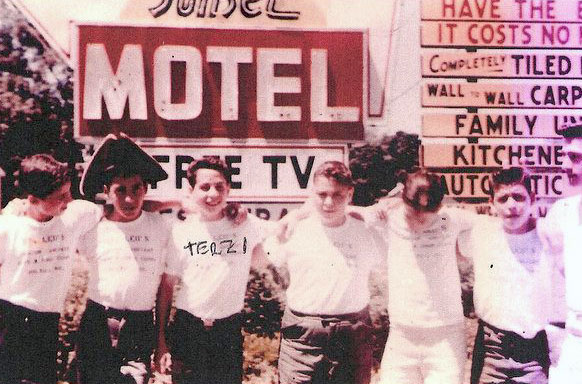 After grade school Charlie moved on to the Rosedale Drum and Bugle corps. He had to learn to play at 132 beats per minute, and 5, 9 and 11 stroke rolls became the standard as opposed to the 7 and 15 stroke rolls found in ancient drumming. Charlie continued with Rosedale until they disbanded a few years later.

After High School Charlie spent a year in college before enlisting into the Army in 1966. After his service he completed college and started working, and, like so many of us, had to put his music on the back burner while he established his career.

You might be wondering what a Chat Moderator does as a day job. Charlie had a long and successful career in Call Center Management and Customer Service Management, mostly in the Financial Services industry. Charlie is now semi-retired and speaks passionately about using communication as a way of finding common ground and to break down silos between different groups.

Re-engaging with Ancient Fife and Drum

On a whim Charlie visited an Ancient Muster in 1992 and came into contact with his old instructor from St. Leo’s, Gus Malstrom. This relationship brought Charlie back into the Ancient fife and drum world and he has been an active performer, arranger, and instructor in the mid-Atlantic region since that time. 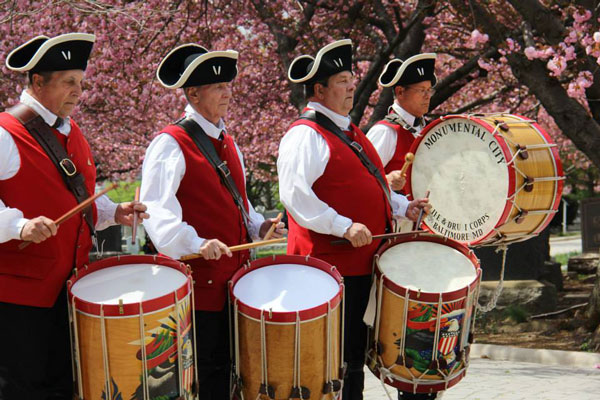 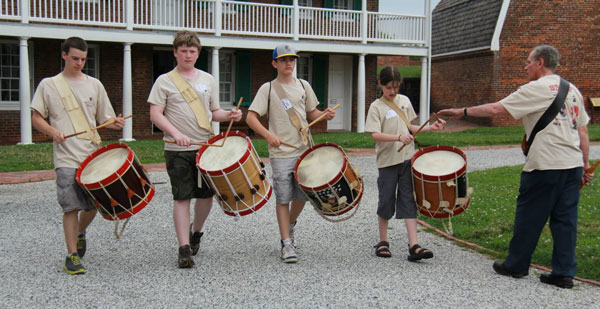 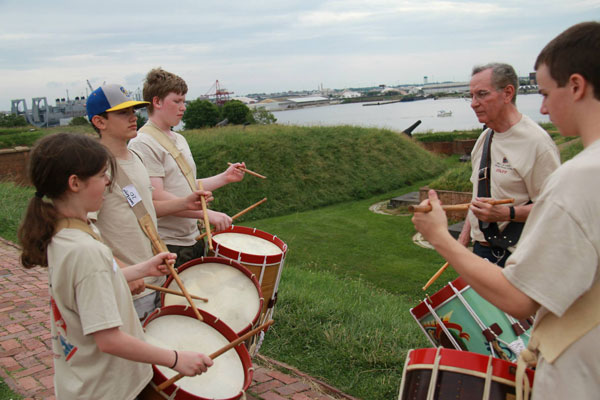 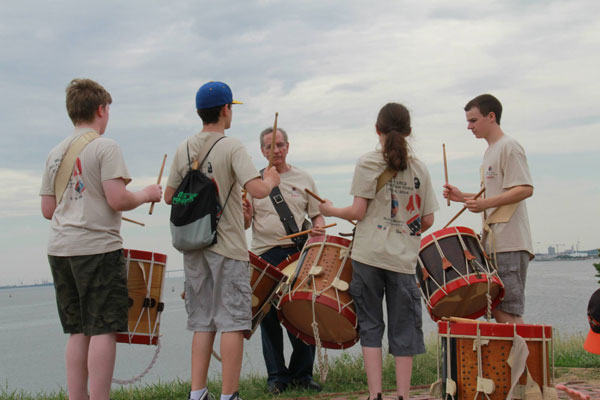 The notion of a fife and drum chat room was a collaboration between Charlie and David Noell, who was running an online store catering to the fife and drum community. David had the platform and Charlie became the moderator. The original goal, as it is today, is to foster communication and the exchange of information within the F&D community through an interactive chat session. Fife and Drum Music Chat went live in July of 1998 and has been going strong ever since.

As Charlie said in his 2012 interview in the Ancient Times:

"We all live in silos of some sort, our geographic location, our own corps, our style of playing, reenacting, competition, etc. I wanted the chat to be a forum where all of these diverse perspectives could exist and people could chat about the underlying theme of it all: the music."

The chat has moved out of the e-commerce store and now exists in a standalone environment unaffiliated with any commercial activity. Charlie funds the infrastructure needed to run the chat room himself, and the chat remains free to all who want to participate. Each night is fairly unique, as different combinations of individuals and special guests drive conversations in different directions. There are some regulars, others that drop in because they are looking for something in particular or are interested in the guest. It is not uncommon for the participants to turn over completely in an evening: Sometimes the people that start at 7 are not the same people chatting when it closes at 9!  Charlie credits the staying power of the chat to the participants in the chats. 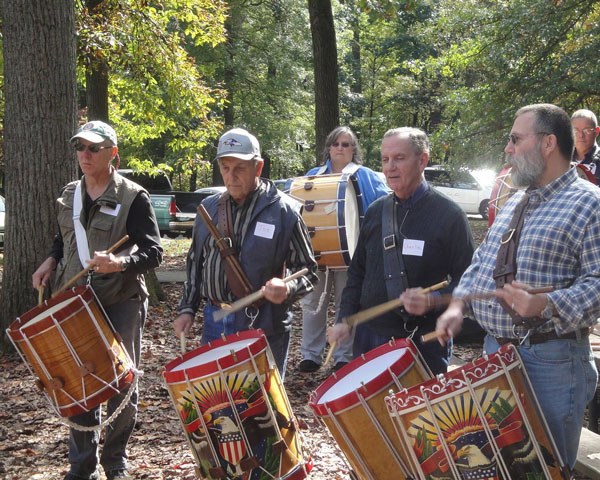 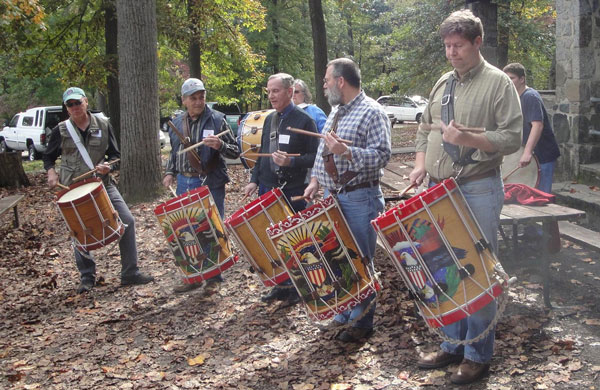 To ensure diversity of viewpoint Charlie constantly reaches out to different communities: Hard-core Ancient groups, Reenactment groups, Rudimental/Modern drumming, and others. He has been known to bring in guests that have no direct connection with fife and drum, both as a way to stimulate conversation and broaden the audience. Charlie does an amazing job of eliciting discussion from his guests, and actively facilitates a dialogue that may not have happened organically.

In 2012 an interview with Charlie Terzi was published in the Ancient Times. The interview covered the Chat in detail, and lists some of the many guests he has had over the years. You can read the interview in the online version of the Summer 2012 (Issue 137) Ancient Times.

With more than a thousand chat sessions moderated we should all be grateful to Charli Terzi for the service he has provided. Even though he says he learns something every night it is our community that has benefited from his efforts to bring us together.

If you would like to experience the chat yourself it runs from 7 PM to 9 PM each Monday. Just visit the chatroom and sign in, all are welcome.