The Company of Fifers & Drummers is proud to feature Life Member Don Francisco in our first "Featured Members" article.

Editor's Note: I had been corresponding with Don via Facebook and email, and he sent me his story as a starting point for this piece. I couldn’t bear to make any changes to it as Don’s voice and personality shine throughout. Don is well known in our fife and drum community and beyond. I was once taking a fitness class in Massachusetts, mentioned fife and drum, and the instructor said “I know a fifer, he plays the fife while he runs, but he’s in VA so you probably don’t know him” to which I replied “Is his name Don Francisco?” Of course it was! Without further ado, here is Don’s story:

July 22, 1983, my late lovey mother made me a toasted scrambled egg sandwich for breakfast. Little did I know then that the previous night was my last full one at home. Life was about to change… in a very big way, beyond what I ever imagined. I was 17 years old and getting ready to go to basic training in the US Army at Fort Bliss, TX. As a matter of fact, Dad and Mom both had to sign a letter of release for me as I was not a legal adult yet. Shortly after breakfast, the Army Recruiter came to pick me up and to take me to the airport for my very first flight. Fast-forward 34 years later and here I am typing this letter to The Company of Fifers & Drummers as my lovely dear wife is very near on the evening of November 27, 2017.

Ok, here we go. Ya see what had had happened was...

The first recollection I have of a fife was by accident. I was looking up a word in the dictionary. Yes, no Google, no spell check. I can’t remember the word I was actually looking up, but I saw a picture of a fife and its definition. I’m a very vivid learner and some things really stand out or get imprinted in my mind. The image of the fife did. In elementary school I wanted to play drum, but my older sister who promised to buy my instrument said no drum. We had a music teacher come around and when she played flute, I felt something special. I battled with it a little because “flute was a girl’s instrument” - so glad I didn’t believe that lie. Anyhow, I played flute and eventually piccolo in two different Army bands before I joined The Old Guard Fife and Drum Corps. My first unit was The 5th Infantry Division (Mech) Band in Fort Polk, Louisiana, the 2nd was The 8th Army Band in Seoul, South Korea. When I was on a mission with the Band at Fort Polk, that’s when I first saw The Old Guard FDC and became extremely interested. It was a very long and tedious process, but it was more than worth it. I would audition and be accepted in 1991. The transition from flute to fife was difficult at times, yet became smoother as I practiced more and more. I’m not a true “Ancient”, sometimes I jokingly call myself a “Hybrid flutist/fifer or a Flifer”. However, in all seriousness, I have truly grown to love and appreciate the fife, especially the Fife and Drum Community. I’m honored to be a Life Member of The Company.

The Old Guard truly helped me to go to the next level as a Soldier/Musician. From physical fitness tests, to additional administrative duties and more. It’s about the team. Long bus rides and flights, hours of practicing as an individual, a section, and a Corps. Very motivating and fulfilling!!! 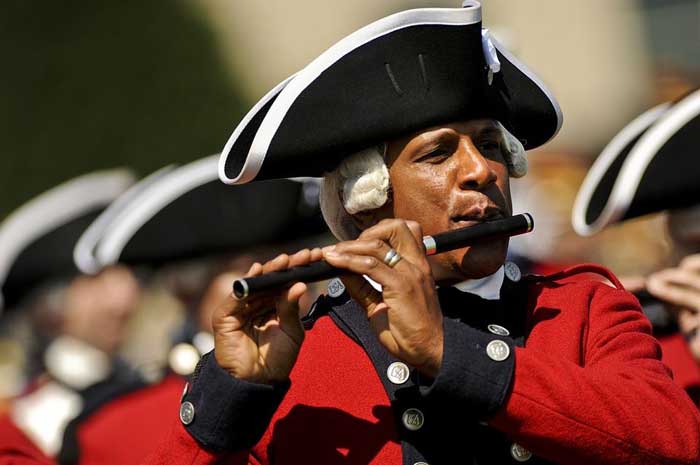 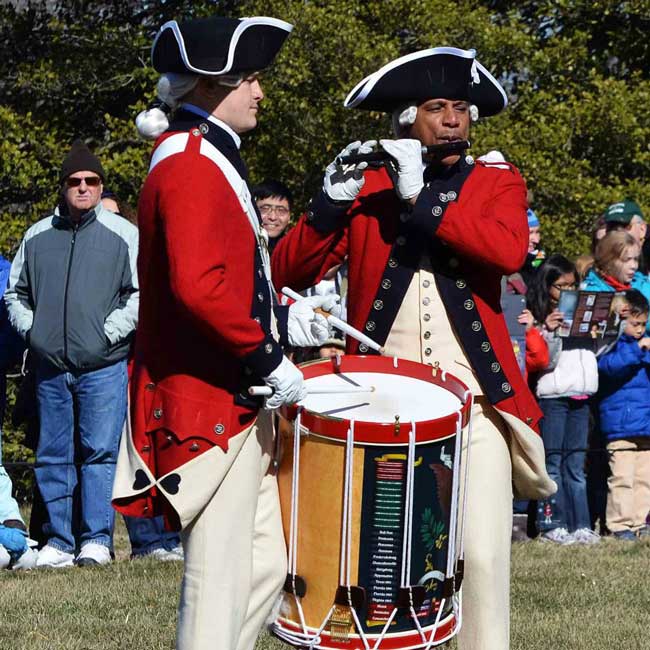 I’ve been blessed to work with soooooo many outstanding men and women of our Armed Forces: Soldiers, Marines, Sailors, Airmen, and Guardsmen alike; and members of the Civil Service from Public Affairs Officers to Historians, Deputy Garrison Commanders and more. Allow me highlight just two:

I continue to be inspired by Veteran Fifers like John J MacDonagh, Roy Watrous and Jim Douglas. These are a few of “the giants upon whose shoulders I stand”. I hope and pray I can someday leave a fraction of their legacy to inspire and encourage current and future generations. Sadly, I never met Mr. Douglas or Mr. McDonagh. However, I’ve heard recordings of Mr. Jim Douglas, seen him in some YouTube videos, and spoken with a good friend who knew him personally. As for Mr. McDonagh, I played on one of his fife models. While on active duty, I actually went to pay respects to Mr. John J McDonagh at his final resting place in Arlington National Cemetery, laid my fife on his Tomb Stone, then picked it up and played Amazing Grace to honor him as a Veteran and Fifer. I was truly blessed to be meet and play with Mr. Watrous in a jam session. That was really cool!!! We played Crown Point, one of my favorite tunes he wrote. I also like another one of his tunes called The Black Pearl. 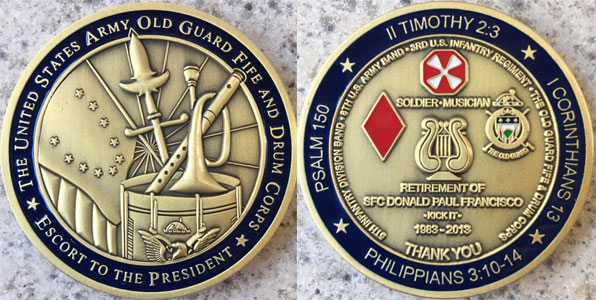 My faith is a very big part of my fifing, as a matter of fact, my faith in JESUS Christ motivates and energizes me to do my best to encourage others. I play flute and sometime fife at church and play lots of hymns and spirituals also.

While working at Mount Vernon as a History Interpreter and Resident Fifer, my dream job, I started a “Fifer’s Log”. I’m up to Volume 5 now. They’re basically little journals, or my memoirs, and have truly captured some unique magical Mount Vernon moments and rendezvous, planned and unplanned, too many to name in this article. But a few: I’ve met several guests who traced their lineage back to fifer’s in The Revolutionary War. One guests relative was a British Fifer named Daniel St. Claire, who eventually became an American Fifer. Another guests relative was a fifer at Valley Forge, and another's was a drummer for General George Washington. Personally, I’ve done a “reverse/retroactive” adoption and claimed Barzillia Lew, an African American Fifer, from Dracut MA, as my 5x Great Grandfather, who was a fifer at The Battle of Ticonderoga in May of 1775. Finally another guest was the relative of the Fifer who posed on the famous “Spirit of ’76” painting by Archibald Willard. 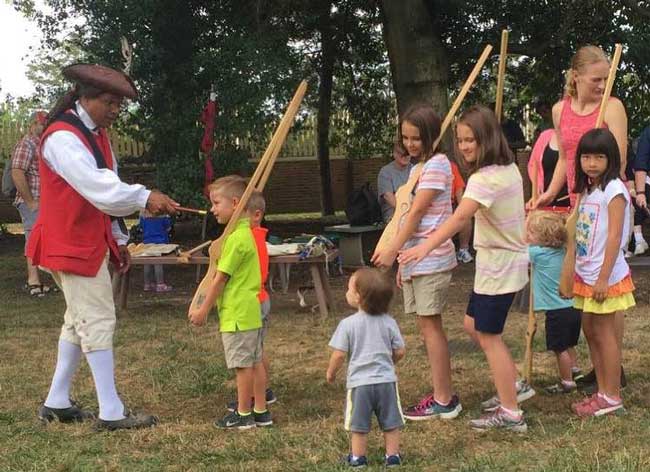 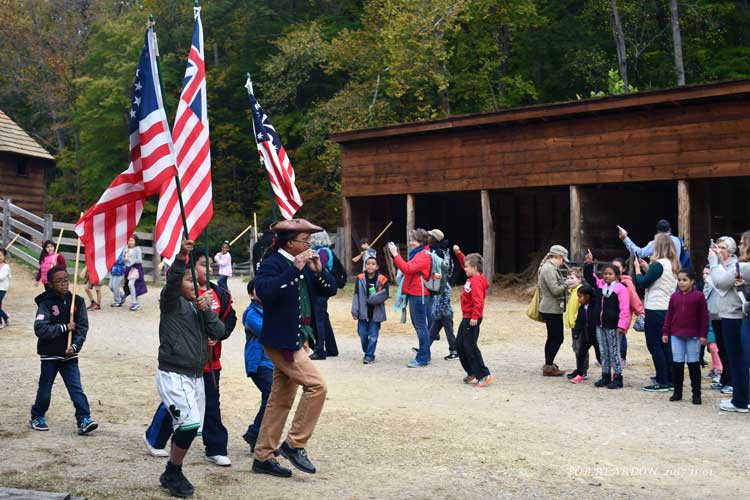 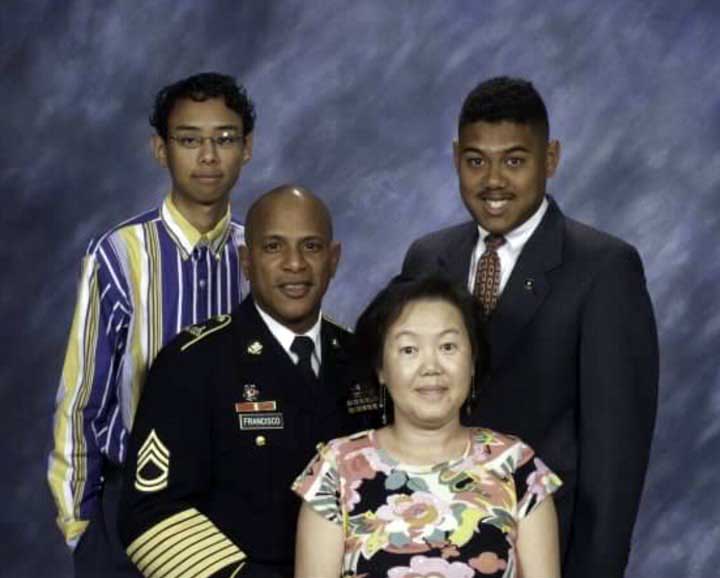 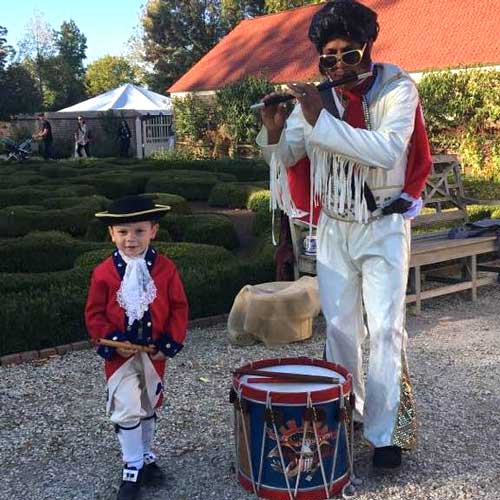 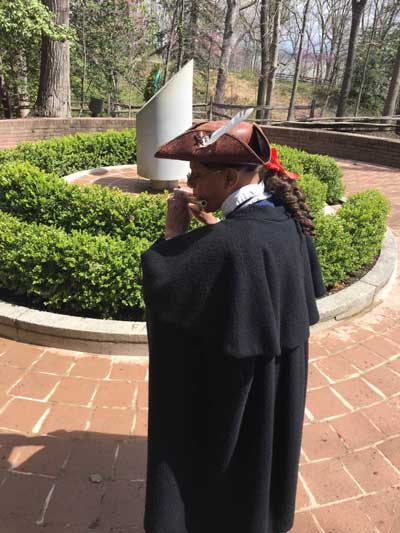 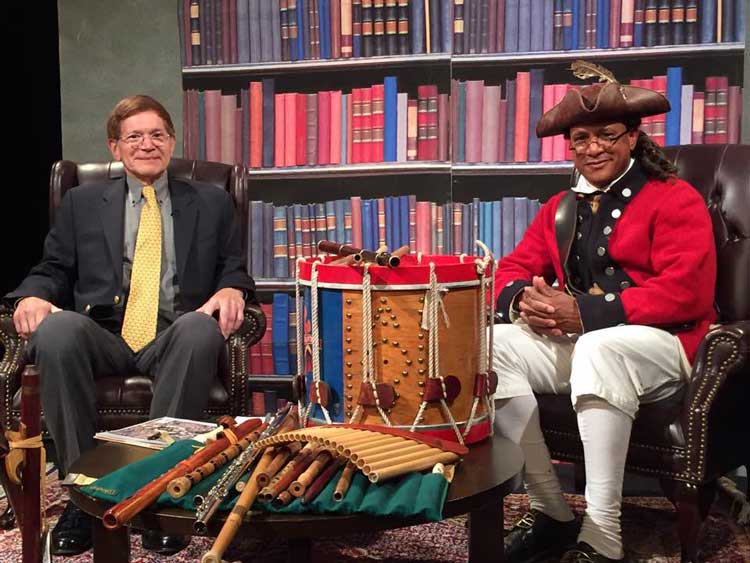 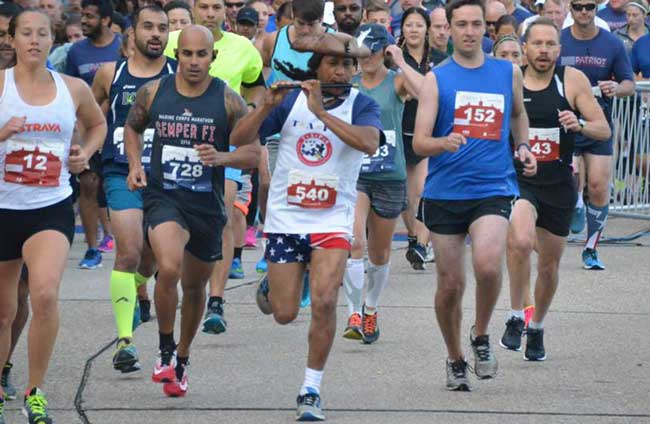