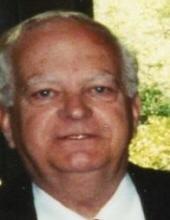 Andrew was born in Branford April 14, 1937, son of the late George and Rose Piscitello Dwyer. He served in the U. S. Marine Corps. He was the foreman at Dwyer Aluminum Mast Company for many years until retiring.

Andrew played the fife in the Stony Creek Fife and Drum Corps, the Ancient Mariners Fife & Drum Corps, and the Sons of the Whiskey Rebellion.