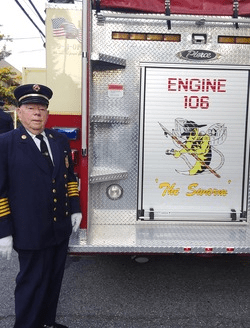 In lieu of flowers donations may be made to the Independent Fire Company or St. Francis of Assisi Church. Family & Friends are invited to Cassidy-Flynn Funeral Home Inc. 288 East Main Street Mt. Kisco, NY 10549 on Monday April 15th 2019 from 2-4 & 6-8pm A Mass of Christian Burial will be celebrated for Bill at St. Francis of Assisi Church 2 Green Street Mt. Kisco, NY on Tuesday April 16th 2019 at 10:00am Burial will follow at St. Francis Cemetery Mt. Kisco