Bishop Robert Atwell, III (Bob), 67, of Middlefield passed away on September 16th, 2020 with his son and daughter at his side. 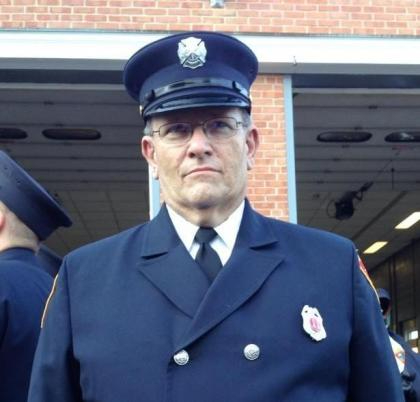 He was born to Margaret (Peg) Atwell and the late Bishop R. Atwell, Jr. on August 28th, 1953. Bob attended Durham Public Schools and was a member of the first graduating class of Coginchaug Regional High School in 1971. Bob married his high school sweetheart Joan Handley on September 15th, 1973.

Bob was a Life Member of the Middlefield Volunteer Fire Company holding multiple positions up to Assistant Chief and most recently as Fire Police Captain. Bob was past president of the Durham Historical Society and was most recently assistant treasurer. Bob enjoyed volunteering in Durham and Middlefield and served numerous boards and organizations.

Bob had a lifelong love of history, particularly of the Civil War, and loved his time spent with Battery B 1st Rhode Island Light Artillery as a reenactor. He was most recently employed by the Durham Manufacturing Company for 20 years, retiring earlier this year, and was a machinist for over 40 years.

Besides his wife of 47 years and his mother, he leaves his sister Joanne Peterson of Rockfall, daughter Sarah Atwell and her husband Michael Kudrak of Middletown, son Jesse Atwell and his wife Caitlin of Rockfall, sisters-in-law Karen Brown of Middletown and Beth Priestley of New Hampshire, and niece Kim Sansone of Middletown who was like a daughter to him. Bob's days were always brightened when spending time with his grandson Robert Kudrak. He also leaves many nieces and nephews.

Bob's family would like to thank Middlesex Hospital Hospice Homecare for their support and care of Bob in his final months, as well as his close friends who visited to keep him company.

Family and friends may call on Monday, September 21st from 5:00 -7:00 p.m. at Doolittle Funeral Home, 14 Old Church Street, Middletown. A graveside service will be held on Tuesday, September 22nd at 10:00 a.m. in the Middlefield Cemetery, 402 Main Street, Middlefield. All are open to friends and family as long as masks are worn and COVID precautions are in place.

In lieu of flowers, memorial contributions in Bob's name can be made to the Middlefield Volunteer Fire Company at 406 Jackson Hill Rd., Middlefield, CT 06455 or the Durham Historical Society at P.O. Box 345, Durham, CT 06422. To share memories or send condolences to the family, please visit www.doolittlefuneralservice.com.