Carl A. Balestracci, Jr., age 78, passed away peacefully on Monday, June 3, 2019, after a brief illness. He was the beloved husband of Linda Lascola Balestracci for over thirty years. Carl was born in New Haven, CT, on August 6, 1940, to the late Carlo Balestracci and Edith Perna Balestracci. 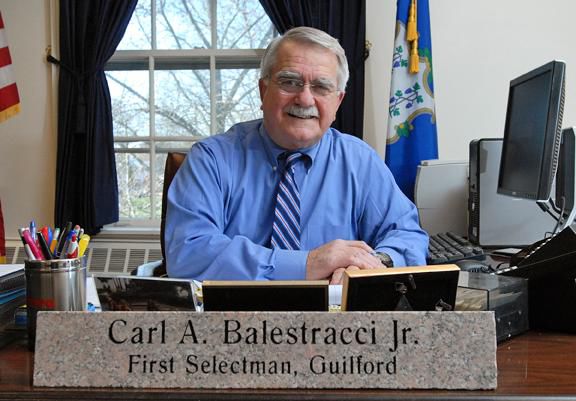 Carl grew up in Guilford, serving as President for four years to the GHS Class of 1958. He attended the University of CT for one year, where he was Class President and also Outstanding Air Force R.O.T.C. Cadet. In 1959, Carl enlisted in the U.S. Air Force and was honorably discharged in 1964, with the rank of Airman First Class.

Carl earned his bachelor's degree, master's degree, and sixth year certificate in administration from Southern Connecticut State University. He taught for nine years in New Haven, and in 1976 began teaching social studies at Adams Middle School. Carl was appointed a House Master at Guilford HIgh School in 1982 and then served as Co-Principal from 1987 to 1991, when he became Principal of Baldwin Middle School. He became Principal of Adams Middle School in 1994 and retired in 1999.

Two years after retiring from his career in education, Carl ran for FirstSelectman of Guilford and served three terms in that capacity. He continued his dedication to Guilford by serving on the Board of Selectmen for many years after his last term in office ended in 2009.

Carl's other civic activities included serving on the Guilford Police Commission for nineteen years, the Democratic Town Committee, and the Guilford Keeping Society. At one time, he was President of the Guilford P.T.A. Council, a member of the Advisory Board of S.A.R.A.H., and a member of the Boards of Directors of both Guilford ABC and Guilford Family Counseling.

One of Carl's proudest achievements was his role in starting the GHS Fencing Program in 1976, serving as head coach from 1976 to 1987, and as President of the CT Division of the U.S. Fencing Association from 1979-1987.

Carl was a drummer and past Commodore in the Ancient Mariners Fife and Drum Corps, a woodcarver and a wine maker. In 2016 he fulfilled his dream of publishing his book: John Beattie and His Quarrymen: Building America Stone by Stone. 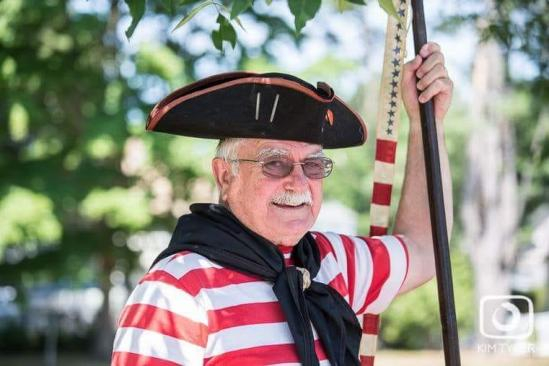 "Mr. B." was a "Man for the Ages" and will be missed by the people whom he taught, mentored, befriended and loved. And, yet, while he was so committed to civic endeavors and the people of Guilford, Carl always put his family first.

In addition to his wife Linda, Carl is survived by his son Christopher (Katie) of Guilford, and their children Michael and Brendan; his son Andrew (Linda) of Boonville, CA; his stepson David Colle (Jennifer) of Naples, NY, and their children Jericho and Sienna; and his stepson Kevin Colle of Guilford. Other survivors include Carl's cousin Judy Secki of Guilford, as well as many loving sisters-in-law and brothers-in-law of Pittsburgh, PA.

In lieu of flowers, contributions may be made to: The Carl A. Balestracci, Jr., Humanitarian Fund at the Guilford Foundation, P.O. Box 35, 44 Boston St., Guilford, CT 06437. To share a memory or leave condolences, visit www.guilfordfuneralhome.com

Published in The New Haven Register on June 6, 2019