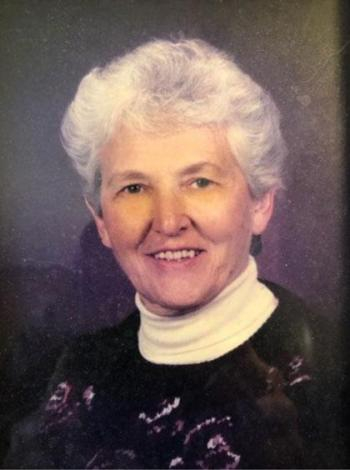 Born in Nutley, NJ on April 27, 1931, she was the daughter of the late Charles and Hedwig Fruehan. Carol attended Tufts University, where she met her husband, the late Howard E. Willey, and graduated in 1952 with her B.S. in Chemistry. She worked at Albany Medical Center Hospital in the Hematology Lab and retired from the NYS Public Service Commission where she worked as an accountant.

Music was a very important part of Carol's life. She was a member of the Village Volunteers Fife & Drum Corps and a founding member of the Adamsville Ancients Fife & Drum Corps. She also sang in various choral groups, especially the First United Methodist Church of Delmar choir, Octavo Singers and Capitol Hill Choral Society. Carol was a devoted mother, grandmother and great grandmother and loved her family dearly. She travelled extensively, Switzerland being her favorite destination, and had a passion for learning wherever she went. She was an avid gardener and enjoyed the outdoors and hiking. She will be missed by all who knew her.

In addition to her parents and husband, Carol was predeceased by her sister, Alice E. Fruehan, MD.

A memorial service will be held 11 am Monday, January 21st at First United Methodist Church of Delmar, 428 Kenwood Ave., Delmar. A reception will immediately follow the service in the Fellowship Hall. In lieu of flowers, those who wish may send a remembrance in her name to Alzheimer's Association, NENY Chapter, 4 Pine West Plaza, Suite 405, Albany, NY 12205.