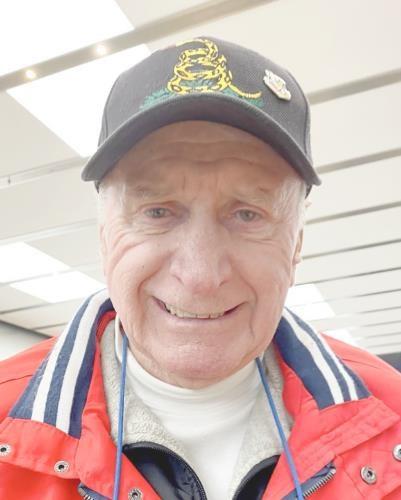 Born in Worcester Massachusetts, he had lived in Manchester for more than 40 years. He was a US Air Force veteran. Frank retired in 1999 from his position of Quality Assurance Manager at Pratt and Whitney Aircraft after 38 years of service. Frank was the current Judge Advocate and Sergeant at Arms for the American Legion Post 102 in Manchester, and loved a good lively conversation or debate with his fellow legionnaires.

Frank's love of music included active involvement in numerous Fife & Drum corps throughout CT, starting as a child in Massachusetts. He was an avid drummer, karaoke performer and rode his bicycle often with his wife Roberta - including accomplishing his personal goal of riding over 2000 miles in one year.

In addition to his wife, he is survived by his children: Donna Banks of LA, Deborah Bullock and her husband Richard of LA, Diana Wyatt of TX, Frank Banks and his wife April of LA, Frederick Banks of LA, Dana Finni and her husband Scott of FL, and Angela Arsenault of MA; 15 grandchildren and seven great-grandchildren. He is also survived by his siblings, Edlow Banks and his wife Christine of MA and Carol Fitzpatrick of MA; his mother-in-law, Audrey C. Moran of Coventry; his sister-in-law, Joan Banks of MA; his brother-in-law, Thomas Moran and his wife Linda of Collinsville; and numerous nieces and nephews. He was predeceased by his granddaughter, Briana; and his siblings, Paul Banks and Louise Rovizzi. Family and friends may call at the John F. Tierney Funeral Home, 219 West Center Street Manchester, on Sunday from 4-6 p.m.