The Monumental City Ancient Fife and Drum Corps announces with sadness that fifer Gus Malstrom passed away on Wednesday, October 14, at the age of 95. 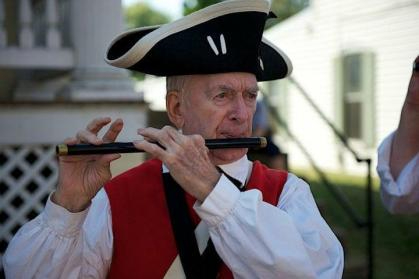 As a fifer, as Director of St. Leo’s Fife and Drum Corps, and as a constant presence at musters and parades throughout the East Coast, Gus preserved and promoted the spirit of ancient music with enthusiasm and skill.

Our prayers are with his family and all those who had the privilege to know him and to play music with him.