Saturday, January 21, 2023 John M. "Jack" McGuire, 88, longtime resident of Guilford, passed away with his loving wife, Rosalie, by his side.

John was born in New Haven on October 29, 1934, son of Maurice J. McGuire and Martha Wheeler McGuire. He attended St. Francis School in New Haven, Notre Dame High School in West Haven, and graduated from UConn in 1957. He retired after 25 years as a juvenile probation office for the state of Connecticut. John was a snare drummer for St. Francis Junior and Senior Drum Corps, having won the National Snare Drumming Championship in 1957, and was a member of Lancraft Fife & Drum Corps for almost 70 years. He was a communicant of St. George Church.

John is survived by his wife of 61 years, Rosalie Trebbe McGuire, his children Maura Carver of Deep River, Noreen (Brian) Tucker and Erin (Frank Silvestro) of Guilford, Tricia (Leonard) Cox of San Diego, CA and Brendan (Karla Larson) of Madison. He is also survived by 8 grandchilden and 1 great grandson. Also survived by his sister Maureen (Edward) Glenn and many nieces and nephews. 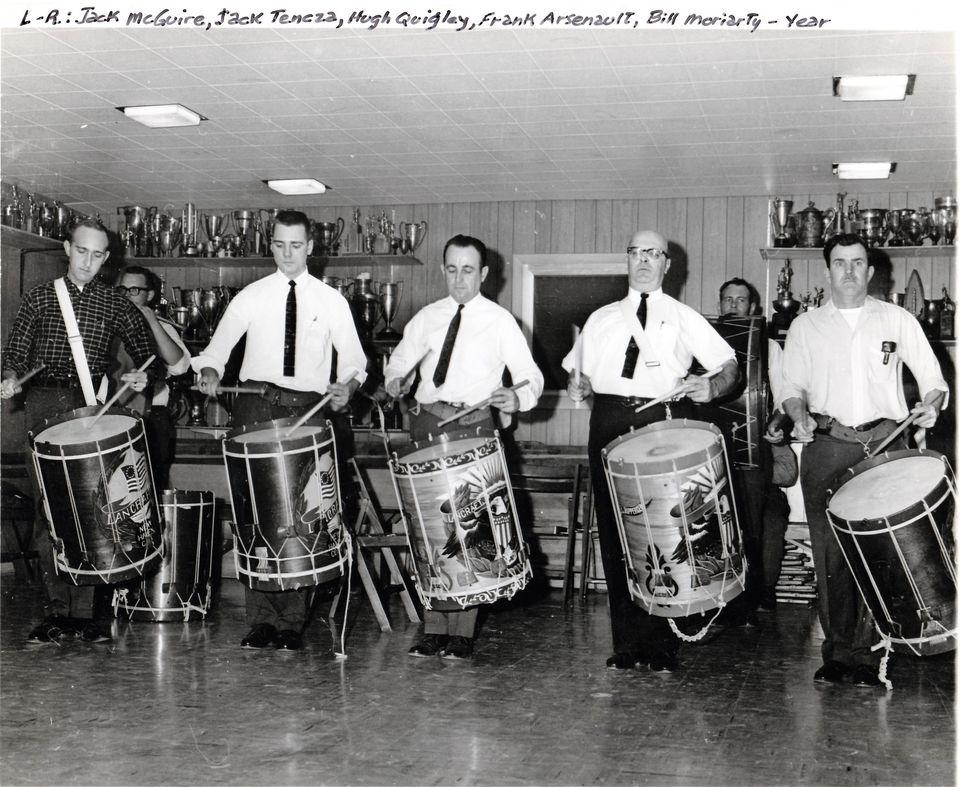 Friends are invited to call on Wednesday, January 25 at the Guilford Funeral Home from 4 – 7 pm. Mass of Christian Burial will be celebrated at St. George Church, 33 Whitfield St., Guilford on Thursday, January 26 at 10 am. Burial will follow in St. Agnes Cemetery in Branford. In lieu of flowers, memorial contributions may be made to Lancraft Fife & Drum Corps, P.O. Box 28, North Haven, CT 06473 http://www.lancraftfd.org/