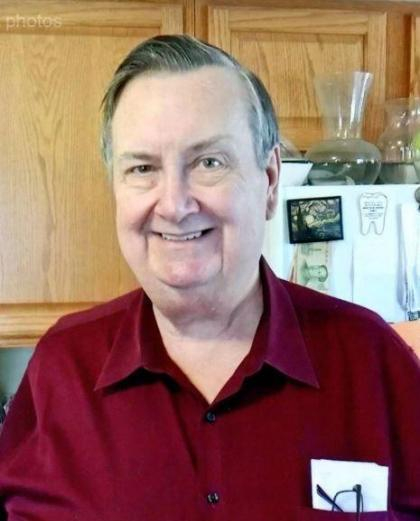 Jim was born in East Hartford CT on November 1, 1948 to James Shea Sr and Elizabeth (Russell) Shea. He attended school in Windsor Locks CT then enlisted in the US Navy during the Vietnam era. He served on the aircraft carriers Kittyhawk and Enterprise. Among his awards were the Vietnam Service Medal with three bronze stars, National Defense Service Medal, and Vietnam Campaign Medal.

After his honorable discharge in 1971 he received his AS degree in electronics from Hartford State Technical School and later his BS degree in Computer Science from Westfield State University in Massachusetts.

He was employed at Hamilton Standard (United Technologies) in Windsor Locks for 23 years ending as a software engineer and more recently did contract work for Belcan Corp of East Hartford until he retired.

Jim’s passion was music. He began playing the fife at a young age and became proficient, playing with the best of the best drum corps including the legendary CT Yanks from Bristol, The CT Blues, CT Patriots and the Grand Republic Drum Corps. In addition, he took on the roles of instructor, arranger, and judge. Jim also has served as president of the CT Fifers and Drummers Association and recording secretary for the Company of Fifers and Drummers in Ivoryton CT. Since 2015 he has moved to playing the French horn with the Plainville Wind Ensemble, the Farmington Valley Band, the Torrington Symphony and was a member of the Plainville Flute Choir.

In addition to music Jim also enjoyed golf and was a member of the East Mountain Golf Association.

Besides his wife Marlene he is survived by a brother Timothy Shea (Hailin) of East Granby and two sisters Susan Emam of Winsor Locks and Catherine Durocher (Michael) of Westfield MA. He also leaves Marlene’s two daughters Karen Maestas and her daughter Sophia of Denver CO and Kristen Distasio (David) and their daughters Stella and Chloe of Ryebrook NY and several nieces and nephews. He was predeceased by a brother George Shea and a sister Mary Shea Benoit.

A Mass of Christian Burial will be held on Monday, November 11, 2019 at 10:30 am at St Joseph Church, 46 Congress Ave in Waterbury. Attendees should go directly to the church. Burial with full military honors will follow in All Saints Cemetery on Springlake Road in Waterbury. Calling hours will be on Sunday from 1-4pm at Chase Parkway Memorial Funeral Home, 430 Chase Parkway in Waterbury.

Contributions in Jim’s memory may be made to The Company of Fifers and Drummers Museum, PO Box 277, Ivoryton, CT 06442 or The American Heart Association, 5 Brookside Dr., Wallingford CT 06492