On Wednesday, March 2, 2022, A. John C. Moon, loving husband and father of three sons, passed away at the age of 91 in Williamsburg, Virginia. 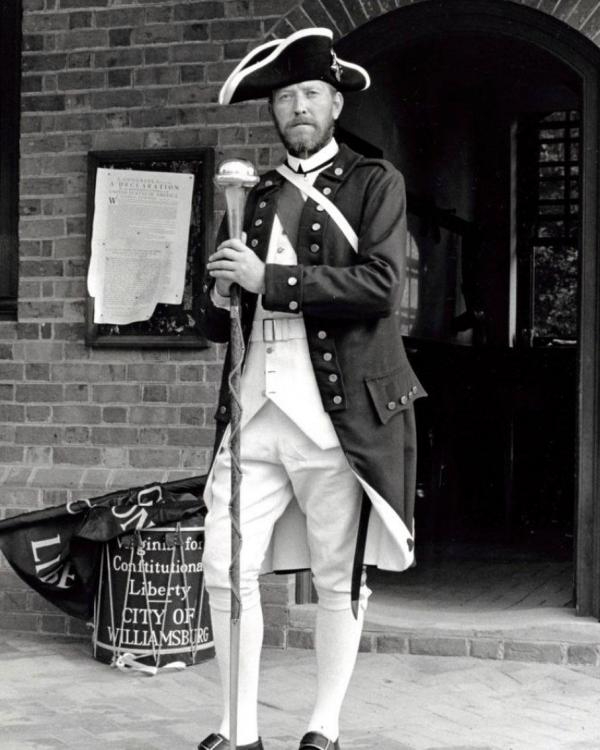 John was born on August 23, 1930, in Vankleek Hill, Ontario, Canada to Joseph and Christine (McGeachean) Moon. He was raised in Scotland and in Hastings, on the south coast of England, the Moon family ancestral home.

He enlisted in the British Army, Scots Guards as a 16-year-old and underwent training as an infantryman and musician at the Guards Depot in Caterham, Surrey. By the age of 17 years, 6 months, he was a fully trained Guardsman and Drummer and assigned to 1st Battalion Scots Guards in Chelsea Barracks, London. At the age of 23 and 3 days he became the youngest Drum Major in the history of the Brigade of Guards and to this day remains the Drummer to Her Majesty Queen Elizabeth II and the Household until her death. On seven different occasions he oversaw the Massed Bands and Massed Pipes and Drums at the world-renowned Edinburgh International Festival Tattoo. He was also responsible for the daily Changing of the Guard at Buckingham Palace, Guard Mounting from Horse Guards, the Annual Cenotaph Ceremony, and most importantly, The Queen’s Birthday Parade, (often miscalled the Trooping of the Colour).

After leaving the Scots Guards in 1962, his career moves took the family to the west coast of Canada, Long Island, NY and eventually, in 1972, to Williamsburg, VA, where he became Music Master and Director of the Fife and Drum Corps with the Colonial Williamsburg Foundation. During this twenty-year tenure with the Foundation, he became the leading authority on the fifes and drums of the American Revolution, having written extensively on the subject and published three volumes of fife and drum music popular during the eighteenth century. He loved to teach and his students, in the Senior and Junior Corps, were eager learners. “I would confidently match the playing standards of the Senior Corps against any like group, not only in this country, but in the world” he proudly said.

A visitation will be held from 10 - 11am with a service to follow on Saturday, March 19, 2022, at Nelsen Funeral Home, 3785 Strawberry Plains Rd. in Williamsburg, VA. The family kindly requests that masks be worn. In lieu of flowers, donations can be made to the Scots Guards at https://scotsguards.org/charity/.