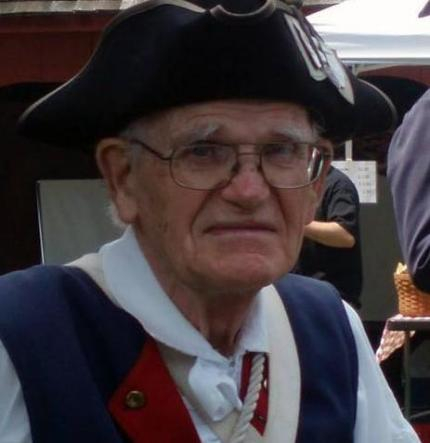 Lee Zuidema was a fifer, long-time member of the Westbrook drum corps, and past President of that organization. Many knew Lee as the voice of the Westbrook Muster, and until a few years ago he was the primary announcer at the event.

As Lee passed just days before his beloved Westbrook Muster he was honored at the event. During the Friday Night Tattoo the Westbrook Drum Corps player “Charlestown Militia,” this song was composed by Lee. On Saturday the Westbrook drum corps was joined on stand by quite a few of Lee’s friends and admirers, who played “Road to Boston” in his honor.

Lee played an important role in the development of The Company of Fifers & Drummers. He was a regular of the “Wednesday Work Crew” where his excellent woodworking, design, and organizational skills were invaluable in developing and maintaining the museum and property. He served multiple terms on the Executive and Administrative committees, and was, at the time of his passing, a Trustee of The Company of Fifers & Drummers.

Lee was an amazing man. He was devoted to his beautiful Jo and their four sons. He remained active in drum corps throughout his early 90’s. He was always willing to lend a hand. Lee was kind and funny, and we will miss him.