He was the beloved husband of Alice Walston Lehr. Loren was born in New Haven April 1, 1930 a son of the late Herman A. and Hazel Blake Lehr. He served in the U. S. Air Force as a 1st Lieutenant during the Korean War. Loren had worked as a claims adjuster for Home Insurance Company and Zurich Insurance Company, and as a litigation specialist for Middlesex Mutual Assurance. He was a member of the North Branford Congregational Church and a very active member for more than 50 years of the Stony Creek Fife and Drum Corps. He was an avid runner, competing in many local road races. When running was no longer possible, he began cycling as a regular form of exercise. He enjoyed traveling with his grandchildren and children. He visited Ireland with the Drum Corps on several occasions, and once climbed to the top the Eiffel Tower in Paris, France. 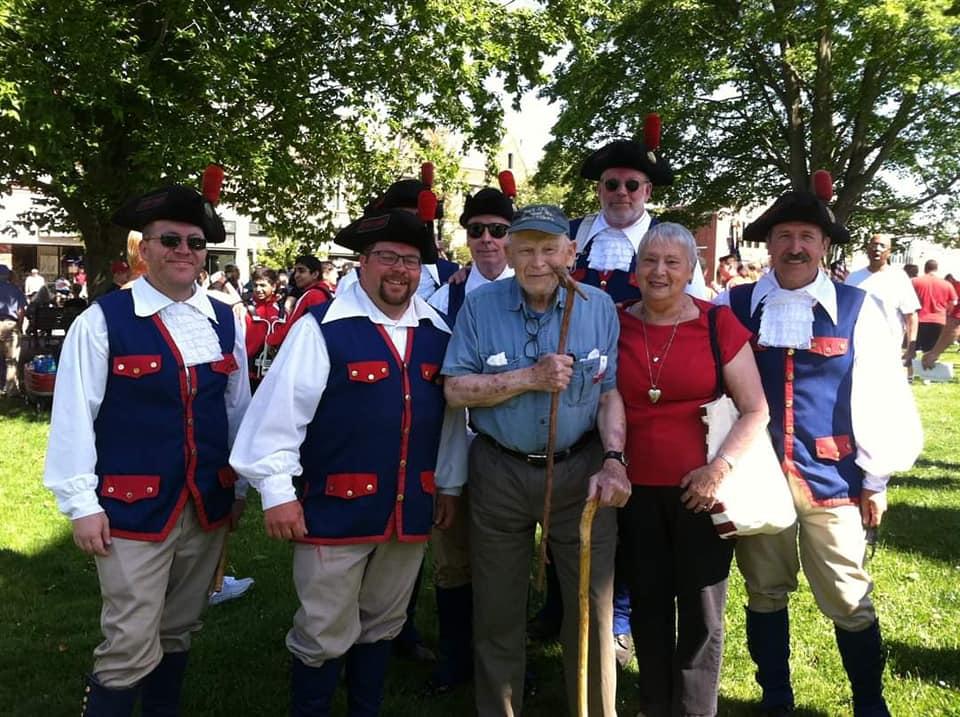 He spent his childhood in Short Beach and loved the shoreline; he told many stories about his boyhood escapades around town; and later as a dad, he spent many happy hours fishing off the dock in Stony Creek with his children, bringing home loads of snapper blues for Alice to cook. (And the occasional eel or sea robin!)

Loren enjoyed snare drumming at local musters in Deep River and Westbrook, among others, and would jam late into the night with other fifers and drummers.

He was known to family and friends as a successful gardener, growing a wide variety of vegetables and herbs which Alice used in her cooking. He was very proud of this, and regularly shared his bounty with others.

Later in life, he enjoyed trips to the casino with Alice and socialized with players and dealers alike at the tables.

He spent as many hours as he could with his grandchildren, serving as a role model and mentor; and was thrilled to become a great-grandfather.

Regardless of a person’s circumstance in life, Loren was always able to find conversation and provide support and encouragement. He was interested in people; kind and courteous to all he met. Two quotes speak clearly to the way he lived his life:

“If a man does not keep pace with his companions, perhaps it is because he hears a different drummer. Let him step to the music he hears, however measured or far away.” Thoreau

“I expect to pass this way but once; any good therefore that I can do, or any kindness that I can show to any fellow creature, let me do it now. Let me not defer or neglect it, for I shall not pass this way again.” Etienne De Grellet