Ralph G. Sweet, Jr., 90, longtime resident of Enfield, husband of Carol (Dunbar) Greenfield, entered into Eternal Rest on Thursday, June 20, 2019, in the comfort of his home. 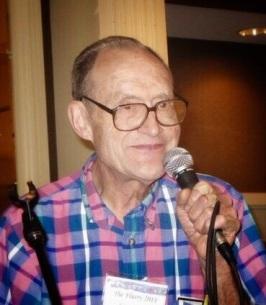 Born May 17, 1929, in Norwich, CT, Ralph was the son of the late Ralph Sr. and Anthea (Valleau) Sweet. He proudly served in the Connecticut Army National Guard during the Korean War. After his time in the army, finishing school at UConn, and working as a test engineer at Hamilton Standard, he purchased the historic Powder Mill Barn in Enfield, CT and converted it into a dance hall where he lived with his family, and continued to call square and contra dances for almost 70 years. In addition to calling, he was a teacher of physics, math & general science, retiring from East Hartford High after 29 years. Ralph played fife in Chester Fife & Drum Corps which was his first corps, he also played and taught fife with Nathan Hale. He later played with the 8th Volunteers from Manchester and then marched with Warehouse Point. Ralph published various music books, and founded the Sweetheart Flute Co. His wooden flutes, fifes and whistles are still being played by fifers and folk musicians around the world.

Relatives and friends are welcome to join the family on Sunday, June 23, 2019, from 2pm to 6pm at Leete-Stevens Enfield Chapels, 61 South Rd., Enfield, CT. A funeral service for Ralph will be held on Monday, June 24, 2019 at 10am at the funeral home. Burial with military honors will follow in Hazardville Cemetery. Memorial contributions in Ralph’s memory may be made to the Dementia Society of America, PO Box 600, Doylestown, PA 18901. For online expressions of sympathy or directions please visit www.leetestevens.com