Robert "Bobby" Cormier, 55, of Springfield, MA, passed away unexpectedly in his sleep from natural causes at home on July 26, 2019. 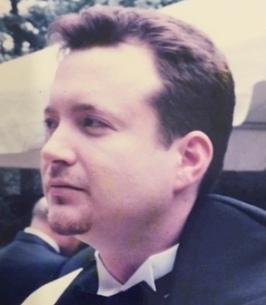 Bobby was born in Hartford, CT, to Jean Casey Cormier and Paul Phillippe Cormier. Bobby graduated from Bristol Central High School in 1982 and went on to attend the School of Visual Arts in New York City and Central Connecticut State University.For many years Bobby worked as a residential counselor and group-home coach in the Springfield area, assisting individuals with disabilities. Bobby also volunteered for the Springfield Public Library.

Music was one of Bobby's passions. At the age of seven he began to play the bass drum in the Col. John Chester Fife and Drum Corps and went on to be a Northeastern States Champion bass drummer. In addition to the bass drum, Bobby played piano, keyboard, guitar, and percussion. Bobby's music was remarkable for its inventive use of sound and wildly imaginative lyrics. Bobby also produced music with several groups in Connecticut and around New England. Bobby was a visual artist, poet, songwriter, music producer, Brian Wilson & Bob Dylan super fan, pop-culture aficionado, and font of music, film, and art knowledge. Bobby was also a dedicated LGBTQ activist, steadfast vegetarian, and cat lover. Bobby will be remembered for his kind heart, unique wit, warm nature, and brilliant sense of humor.

Online condolences may be made at www.SheehanHilbornBreen.com.

Published in The Hartford Courant on July 31, 2019