William Frederick White passed away peacefully on November 13, 2020, surrounded by family, in the home he built 54 years ago with his wife Ursula. 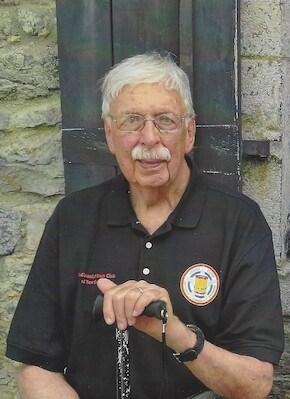 He was born on November 23, 1936 in Stamford Connecticut, where he grew up with his twin brother Bob and sister Joan. After serving in the Navy during the Korean war, he met and later married his German girl, Ursula Stoll, who still brought a sparkle to his eyes after 61 years of marriage. He attended Bridgeport Engineering Institute and was employed by Perkin Elmer Corp and Automation Engineering Labs in Connecticut and in 1965 moved to Vermont where he started his career at IBM. He and Ursula raised their 3 children, Heidi, Brenda & Gordon in Williston and enjoyed many family events with their 6 granddaughters. His sincere interest for others and his keen ability to "see" how things work, whether it was saving a few seconds on the ski slope, improving a TaeKwonDo kick, winding a church clock or playing the flute, he made a difference. A feminist who recognized and promoted women, he was proud of his 6 granddaughters (the six pack!), and was their ever cheer-leader, always finding ways to connect, inspire and encourage their endeavors.

Bill served in many capacities including the Williston Zoning Board, as a teacher and senior member of the Hanaford Ancient Fife and Drum Corp and perhaps his most treasured project, maintaining the vitality of the Williston Town Clock for 20 years, including re-engineering the steeple cables in order for the clock to again function properly, when the new steeple was attached.

Bill retired from IBM in 1993 and started a second career with Dr. Ben Merrick as a lab technician making dental prosthetics. He led by example, modeling honesty, hard work, resourcefulness and dedication, and lifted us all with his quiet, spiritual, steady and peaceful presence. We feel blessed to be surrounded by the beautiful treasures he made for us in his beloved woodworking shop.

Bill will be missed by his wife Ursula, their three children and spouses, Heidi White and Neil Kvasnak, Brenda White and Sam Smith, Gordon White and Calvin Ann Cote, his six granddaughters, Elsa, Grace, Addison, Sophie, Margo and Josie, Nanci White and other family in CT, and in Germany, Bernd and Heide Schmittgall and their three sons Florian, Beni, and Julian, along with his many friends. We are thankful for his life.

The family expresses deep appreciation to Dr. Hannah Rabin, and the team of providers at UVM Medical and UVM Home Care. In lieu of flowers, donations can be made in Bill's name to either the Bill White Steeple and Clock memorial fund, or the Hanaford Volunteer Fife and Drum Corp.

Due to Covid-19, a celebration of Bill's life will be scheduled at a later date.