Tickets are now on sale for a Sea Chantey concert to be held on February 24th.

Beer, soda and other refreshments will be available for a nominal fee 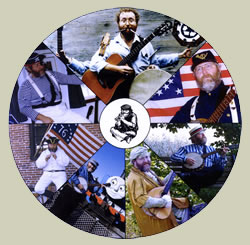 Tom Callinan is more than a multi-faceted performing artist. He holds a B.S. in Secondary Education (English Major/Music Concentration) from Central Connecticut State University, and an M.A.L.S. (Music Concentration) from Wesleyan University. In 1977, after five years of successful teaching in a Connecticut junior high school, Callinan launched a full-time career in the creative and performing arts. Annually he presents several hundred performances for tens of thousands of people, spanning nursery schools through nursing homes. Since 1973, he has performed with the popular folk band, The Morgans, representing them as business manager since 1977. In 1991, he was designated Connecticut's first "Official State Troubadour" through legislation by The General Assembly.

His credits include: ABC's "Good Morning America"; PBS' "Shining Time Station" starring Ringo Starr; CNN's "Earth Matters"; and National Public Radio. Excerpts from two original songs, "Glasnost to Go" and "They're Not Evil Anymore" were included in Connecticut Public Television's Emmy Award-winning documentary "A Connecticut Yankee In Red Square". Two other original songs, "Come On & Sing Along!" and "Save What's Left" were included in the "We Like Kids" Songbooks, distributed throughout the U.S.

In 1995 Tom was designated a Master Teaching Artist by the Connecticut Commission on the Arts. In 1999, he was selected to represent Connecticut at The John F. Kennedy Center For The Performing Arts' Millennium Stage State Days Series in Washington D.C. 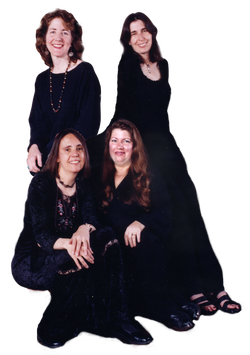 Cliff Haslam was born on 6 December in a small village by the name of Woolston, nearby the town of Warrington, England… He explains that it is about the mid-point between Liverpool and Manchester, but he does not call either of these home. In those days Woolston was part of the county Lancashire, but in 1974 the British government redrew the county lines and today Woolston is part of the county Cheshire. 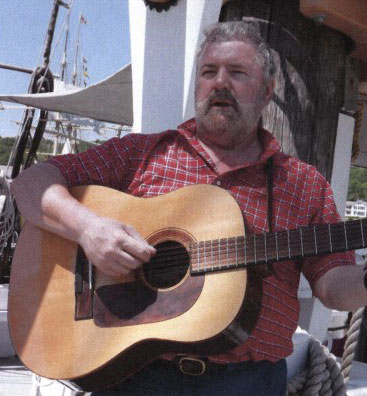 Cliff has been singing all his life, between performing with his brothers at family functions at home to school and church choirs. He was constantly exposed to folk songs from family, music class, even the radio, although like most folk singers today he found himself distracted by popular rock & roll as he hit puberty. Cliff took up apprenticeship as a machinist but he never lost his love of the music. He and his friends would sneak into pubs and folk clubs at first as it was easier to get served under age, but it also reignited his love for folk music… He tells the story that one evening he “went to the loo” and upon emerging he was to discover that his friends had signed him up to take a turn standing and presenting a song to the assembled audience… shaking in his shoes, he presented “Sovay”, which he had learned from the singing of Martin Carthy, with its unusual meter. But it broke the ice and he was on his way to becoming a public folk singer.

When Cliff became 21 he applied for a job as a machinist in the US, coming to Connecticut in 1966 and finding that folk music was to be found in coffee houses rather than the pubs for the most part. While Cliff discovered that most of the songs he knew were yet to make it “to the scene” here, there was a rich folk tradition and he was now in the middle of it. He tells the story of how he would go to “The Exit Coffee House” folk club in New Haven, CT to sing but they wouldn’t believe that empty-handed Cliff was a performer, obligating him to pay the cover charge… He quickly learned that by carrying a guitar case in with him changed all that to his favour, placing some curtain rods inside for weight; soon, he picked up an inexpensive guitar and learned a few chords to actually use it, too! He also picked up the English concertina although he does not play it so much these days.

Cliff has been a resident of Madison, CT for quite some time with his wife Sandy. He can be seen every Monday (with rare exception) at the Griswold Inn in Essex, CT. He has performed at the annual Sea Music Festival in Mystic, CT and is still part of their rotation every other year or so. Various house concerts are part of his schedule as well as folk music festivals around New England and further.