October 6, 2018 marked the 43rd observance of Jaybird Day, our annual event to honor our “old-timers”.  This year our honored Jaybirds were Carmin Calabrese, Marilyn and Terry Malcarne, and Gus and Debbie Cuccia.

Since 1976, The Company of Fifers and Drummers have set aside this day to honor those distinguished individuals in our ranks who have attained the illustrious age of 60 years.  We also pay tribute to those who have passed away, leaving their indelible mark upon us and Drum Corps.

2018 was no different in that respect, but was unique, as previous were, due to the distinctive contributions and personalities of those honored.  There is certainly nothing “cookie cutter” about these characters!

When arriving, the inviting environment is all we’ve become accustomed to. Jaybird Day was first observed in 1976 and the festivities have been celebrated at the Museum of Fife and Drum since the dedication of the building in 1987. 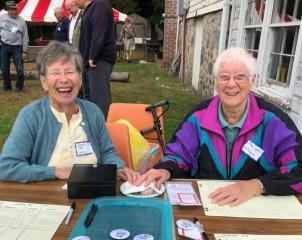 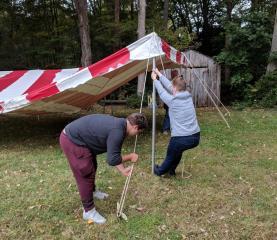 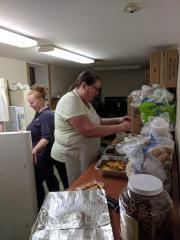 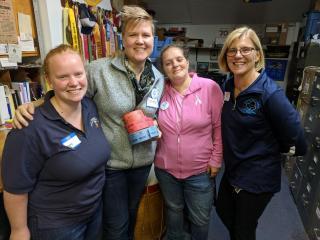 The tent was set up, the grill was fired up and it wasn’t long after the opening of the 10am registration that an impromptu jollification was started, which lasted throughout the day.

Kudos to our wonderful volunteers! 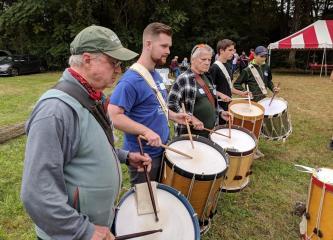 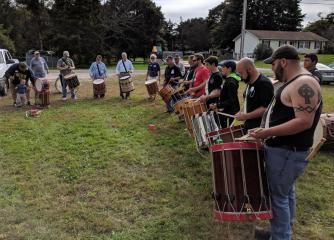 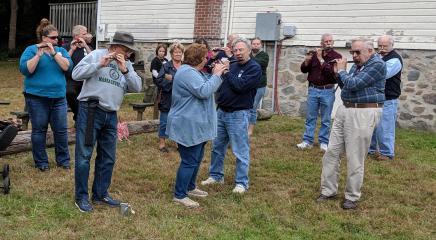 The official program commenced, in our grand hall, shortly after 3pm.

The Company Prayer was said followed by the Pledge of Allegiance.

Those who passed away, since the last Jaybird Day, were mentioned with remembrances to follow. 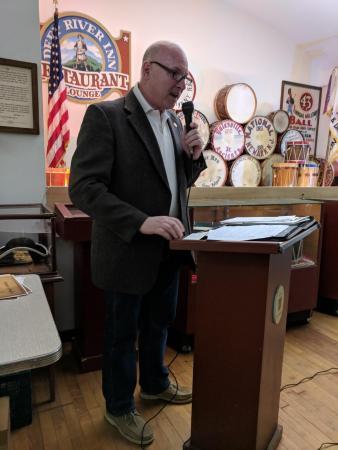 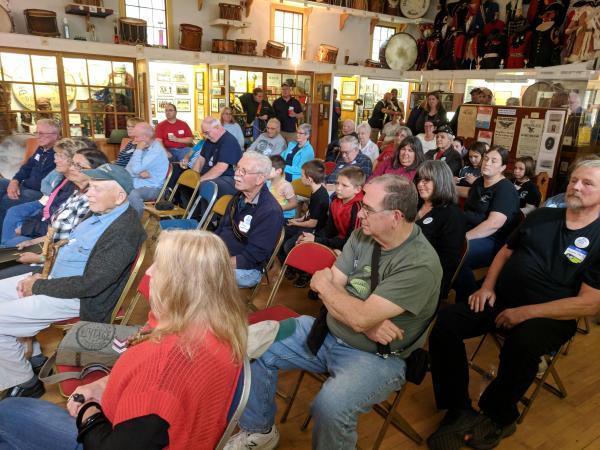 Our Honored Jaybirds were introduced individually with their respective biographies and they were presented with an official certificate of recognition along with a “Jaybird” shirt to commemorate the occasion. 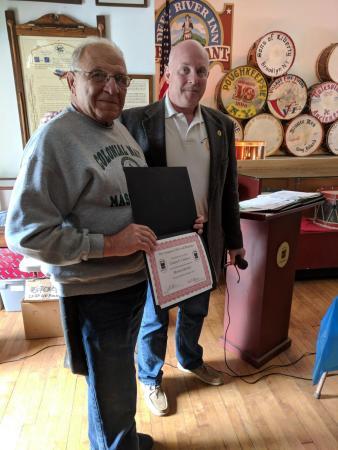 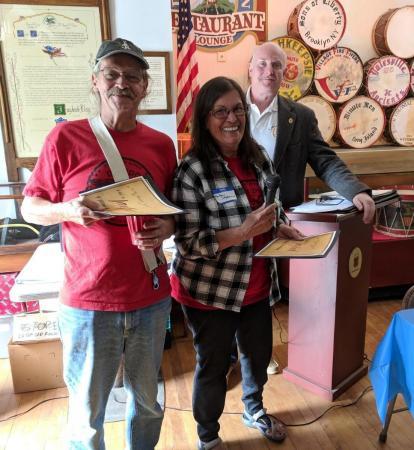 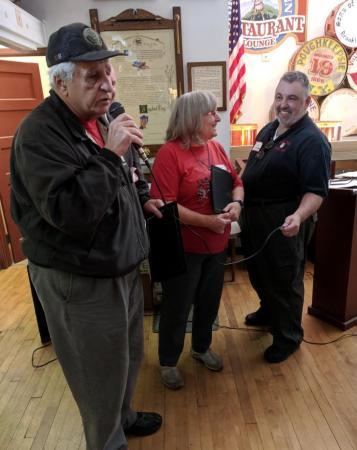 It was especially meaningful to have our Honored Jaybirds (Carmin Calabrese / Marilyn and Terry Malcarne / Gus and Debbie Cuccia) share with us their special experiences and how they came to Drum Corps.

The theme for the day was the “Icing on the Cake”, and it was certainly evident that even though we have so much in common, there is so much we are thankful for on a personal and unique level.

Special tributes were made for our honored dead and their lasting contributions and distinctive personalities: - Ed Olsen / Tommy Connolly / Jack O’Brien / Lee Zuidema

The raffle immediately followed, which is always enjoyable. 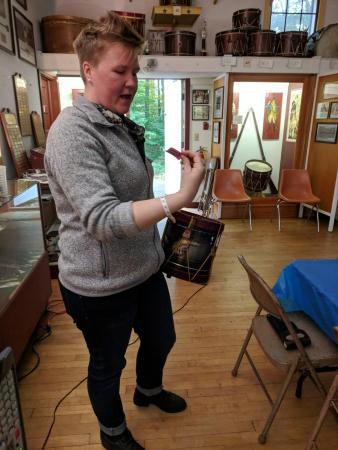 Proving her fife and drum pedigree runs deep, Marilyn Malcarne found a picture of her grandfather, James Lewis Grote on the wall of the museum! 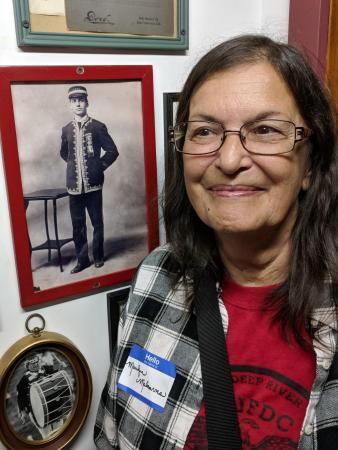 Last, but not least, I wish to thank Neil O’Brien and the Jaybird Committee for my inclusion as Master of Ceremonies.  I feel most honored and privileged to have served as such! So mark your calendars for next year and as Ed Olsen put it: “Bring your instruments for the JOLLIFICATION….your appetite for the GROANING BOARD.…your thirst for the POTABLES….and your tolerance for the OFFICIAL PROGRAM.