In March, the Stony Creek Drum Corps and friends took a trip to Ireland for some parades, concerts and to tour the Southwest of the Republic. The trip began in Dublin and made a wide loop which included Limerick, Ennis, the Cliffs of Moher, the Dingle Peninsula, Killarney, Blarney Castle, the Rock of Cashel, Kilkenny and back to Dublin. 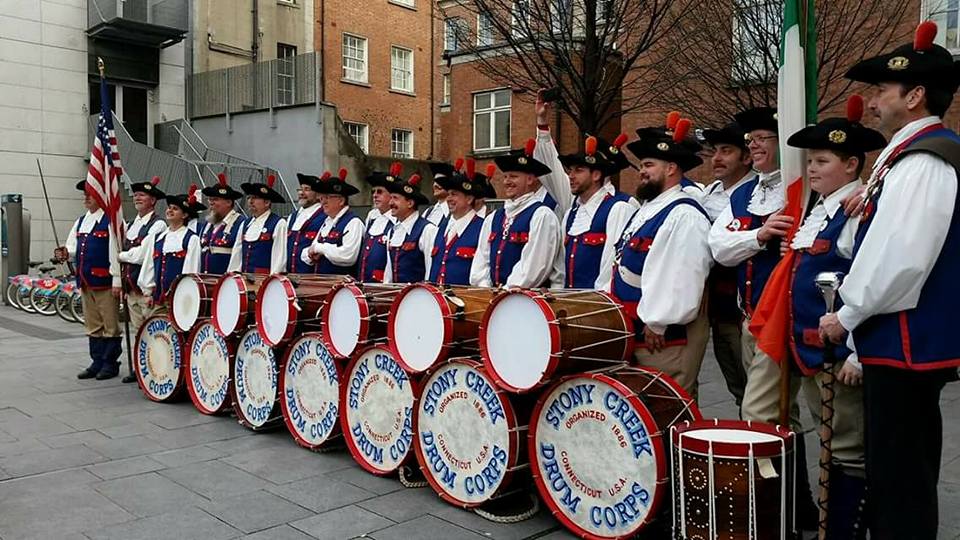 While I’m sure each person on the tour has their own special memories, one that must stick out for all was the afternoon at St. Mary’s Prize Band’s practice hall following the frigid, snowy parade in Limerick. Our hosts went all out with plenty to eat and drink. Chicken Curry and Irish Lamb Stew for lunch and sandwiches and snacks in the evening. It was a special time for playing, talking and singing. A flute quartet played some fun American pop music like El Condor Pasa by Simon and Garfunkel (you youngsters will have to Google that one) and we all sang A Horse With No Name by America. Some brave soloists sang old Irish ballads, some in English and others in Gaelic. I can’t capture the mood in words but it was magical and we can’t wait to see them again.

At O’Flaherty’s Pub in Dingle we had a chance to meet and mingle with another group, the Dingle Fife & Drum Band. A fine and friendly group of folks. We each played a few tunes and spent the remainder socializing. Seems they like American music too and played a rollicking version of the Ballad of Jesse James.

Aside from the playing, we did what most do in Ireland, go to pubs, visit the Cliffs of Moher, Inch Beach, Blarney Castle, Book of Kells, Guinness Storehouse, Jameson Distillery, etc. We had a wonderful bus driver, Con O’Leary, who took good care of us and could tell a tale as only the Irish can. He knew all the history and legends surrounding the places we went.

Overall, we found the Irish people to be welcoming, friendly and sincere. Looking forward to a return visit. 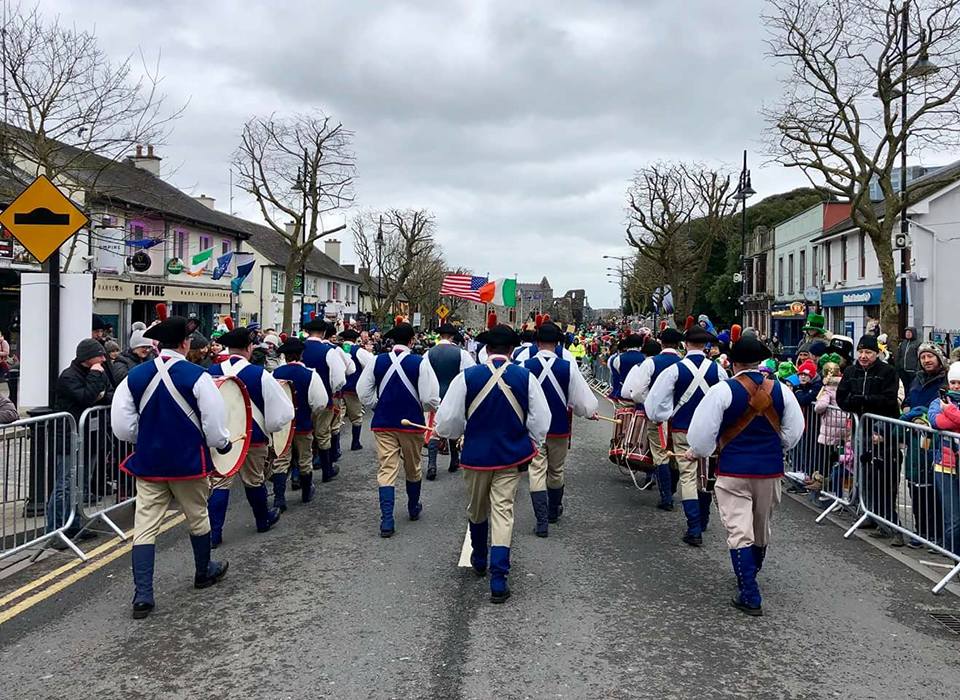 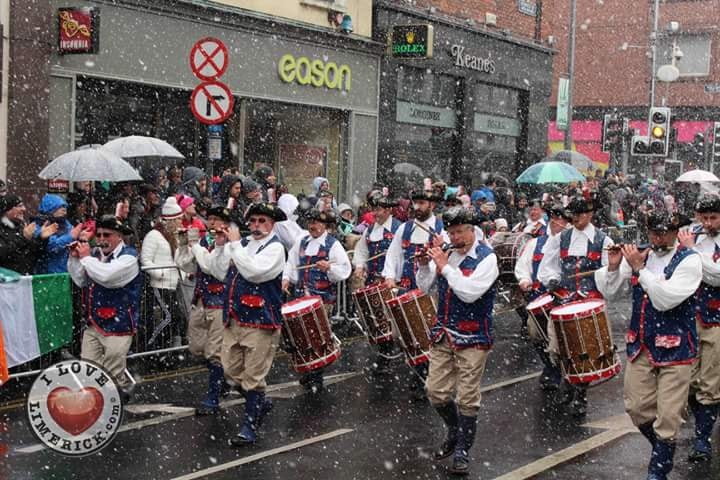 Sunday – Limerick – just one symbol of the hospitality shown – the icing on the cake at St. Mary’s practice hall 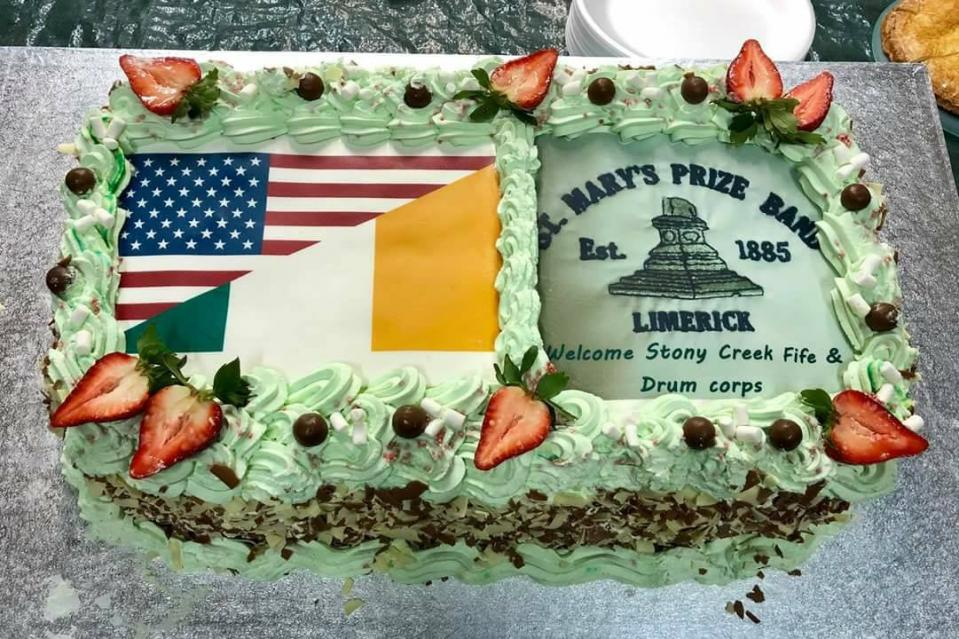